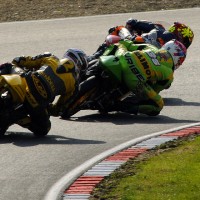 The Easter Weekend brought a mixture of weather conditions to the Brands Hatch Indy circuit it in Kent but that didn’t stop record numbers of enthusiastic fans from turning up to witness the opening round of the British Superbike Championship.

After encouraging winter testing Jayson Uribe is back for another crack at the BSB Motostar Championship with his new FPW Racing Team and after an almost perfect weekend, the American teen impressed with an emphatic 3rd placed podium finish after a titanic battle from start to finish in the shortened 16 lap race. 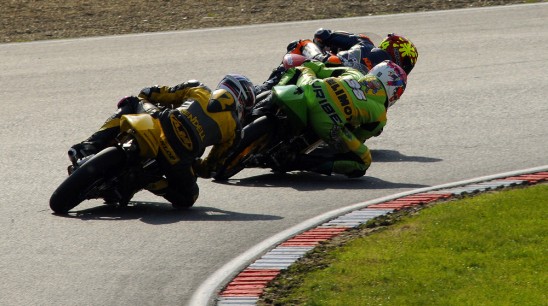 Topping one of the practice sessions before eventually qualifying on the second row of the grid, Uribe rode superbly all weekend to claim a historic maiden podium finish at the flag on race day.

A variety of weather conditions allowed Uribe to demonstrate his skills in both the wet and the dry, with the talented teen challenging for top spot in every session. The only blemish to an almost trouble free opening round was a small spill in the morning warm up.

A delay of almost an hour due to an incident in the earlier British Superbike race may have phased some, but Jayson remained calm and composed and as the lights went out he slotted into a comfortable top five position where he would remain for the race duration, exchanging places with immense commitment.

With the leader slowly edging away, Jayson dug deep and together with the other riders within the leading group of five had the crowd on their feet with some incredibly close on track action.

The nature of the small Indy circuit meant the passing of back markers would be inevitable and with two laps to go Jayson was unlucky to get held up slightly meaning a determined ‘Patriot Pub’ defended hard in the final couple of turns to fend off Ed Rendell to claim a historic 3rd place in the Moto 3 category. 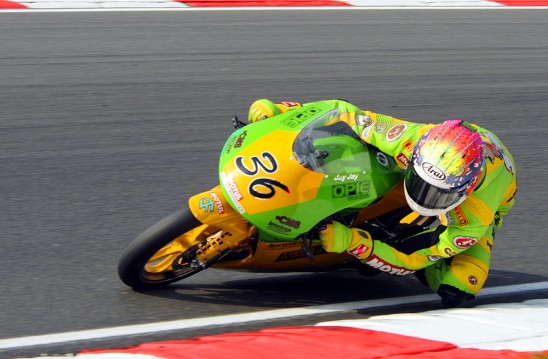 Jayson Uribe – FPW Moto 3 Honda: “I am so proud of my FPW team and family for helping me pull everything together and claim my first ever podium in BSB!  I had a small crash in the morning warm up damaged the bike, but everyone pulled together and we got the bike ready for the race.  I am grateful to everyone who worked so hard and gave up their other responsibilities to help me with my bike so that I could race.

I felt strong all weekend. I was in the top 3 consistently and in Qualifying 2, I was the fastest Moto 3 so I was actually hoping for a wet race on Monday.  The bike handles really well in the rain and I felt really confident in the wet conditions.

The FPW Racing pit awning is very open to its fans and it was fun to watch the fans young and old come through the paddock checking out the replica bike, chatting and getting to know us all better.  That is what I enjoy the most about the English racing culture. The kids and parents are regulars at BSB meetings and I have built a strong relationship with some of them. It’s awesome!

It feels great to be with the leaders of the pack.  I enjoyed knowing I could keep up these guys and I feel confident that I have more podiums in my future at BSB. It was also great to catch up with all the friends I made last year.

See you all at Oulton Park in two weeks. I hope that everyone had a great Easter holiday, I know I did!” 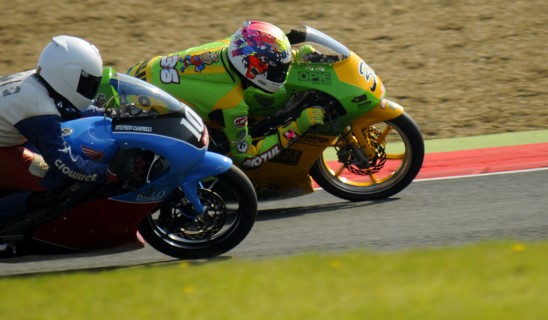 After a ‘learning’ year in 2013, and after such an impressive weekend to kick start his 2014 campaign Uribe could well be a title contender in only his second full season of racing outside of the US. 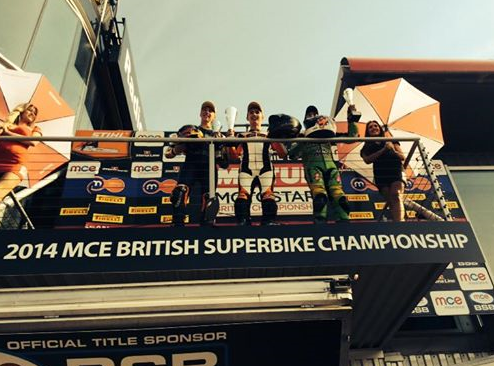 Round 2 of the Motul BSB Motostar Championship will take place at the undulating Oulton Park circuit near Chester in a fortnight.