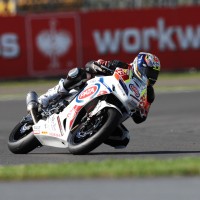 Jake Lewis declared himself satisfied after finishing 8th in the opening free practice session for the PATA European Junior Cup race at Silverstone.

The Kiwi who has twice been on the podium this year, and currently sits 4th overall in the championship standings was again at the sharp end of thingsÂ throughout theÂ 45 minute session got underway earlier today.

Lewis, who spoke to MPH TV this morning was preparing to be more aggressive in the second of the 2013 campaign and with a little over ten minutes to go was sitting comfortably in 2nd position.

Some faster times came for some of his championship rivals but Jake was unable to improve, discovering a small oil leak upon the completion of the session.

This can be fixed and official qualifying is scheduled to take place tomorrow afternoon at 1230 local time.