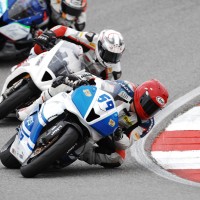 Former Superstock 600cc rider showed a glimpse of the pace that we were so used to seeing last year as he fought hard to secure 21st position in the World Supersport race in Portugal yesterday afternoon aboard his Racing Team Toth Honda.

After a disappointing qualifying session left the likeable Dane outside the top 30, the self-critical Alex, was in determined mood when the lights went out to start the race at the undulating Portimao circuit.

Passing a number of riders in the opening laps, Alex then set about overhauling the next group which included his team mate Imre Toth and local hero Miguel Praia.

Clearly more comfortable with the set-up of his CBR600cc machine, Alex was aggressive until the end eventually passing Praia on the final few corners.

The result is pleasing not just for Alex, but for the whole of Racing Team Toth and all those who have supported Alex over the past couple of season.

With a three week break until Imola for round 7 of the World Supersport championship, it is hoped that this solid and encouraging result will be the boost needed to chase down those elusive first world championship points. 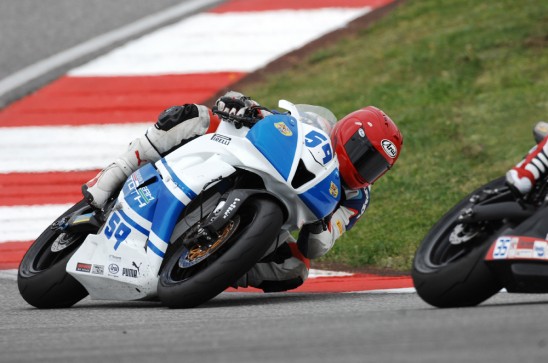 Alex Schacht – Racing Team Toth: “Despite having clutch problems at the start of the race, I had a good fight. Firstly with my team mate Imre and then with Miguel. In the end we had the pace to move away from the following group and I made a good move towards the end of the race but just missed the top 20. I am pleased to be closer now to the top 20 and I am looking forward to Imola where I know we can improve.”