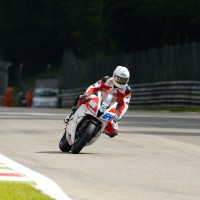 After claiming his best ever WSS qualifying position yesterday PTR Honda’s Matt Davies was fired up for a point scoring ride in the 4th round of the World Supersport championship at Monza today.

The race was stopped after 2 laps as several riders fell victim to oil on the track which came as a godsend to Davies who had stopped on the previous lap with a technical problem.

The experienced PTR team changed the clutch on Matt’s bike within 8 minutes ensuring the hard charging Aussie could make the restart.

The restart lasted a lap, by which time Matt had shot from dead last on the revised grid to an impressive 22nd when the red flag came out again due to Alessia Polita crashing her VFT Yamaha, thankfully without injury.

It was a case of 4th time lucky for the riders in the World Supersport race as after a third stoppage (in which Matt was up to 6th), a shortened race, run over 10 laps was won by Britain’s Sam Lowes.

Matt rescued what could have been a disaster with a fighting ride to claim  16th at the flag and is now very much looking forward for the next round at Donington Park, in two weeks time where he is confident of claiming his first World Championship point. 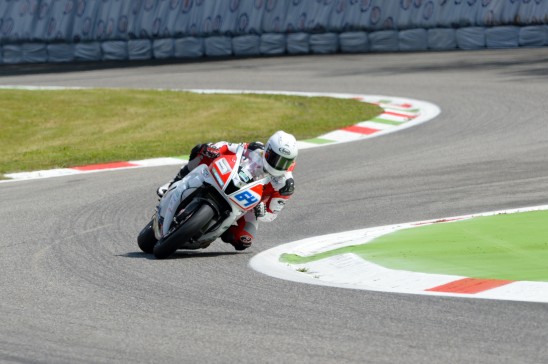