Seb Priaulx’s Rockingham weekend had it all, another rookie win, front running pace all weekend, an unlucky spin while running at the front in race two and a recovery that saw the #11 Ginetta Junior driver carve his way through the field to seventh from fifteenth on the grid – an impressive performance for the Guernsey based teenager. 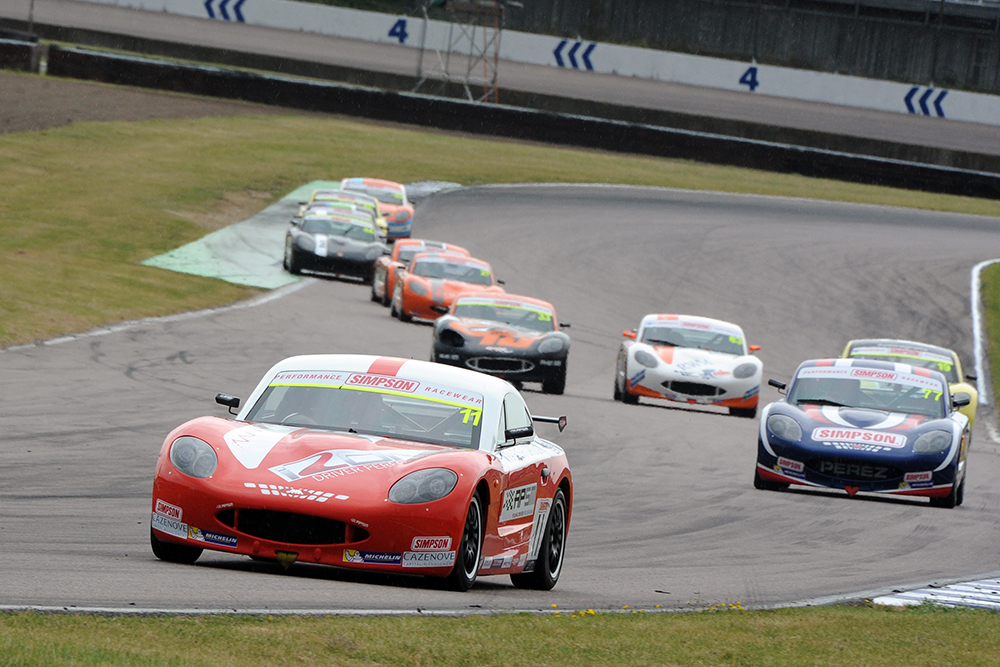 Seb’s weekend got off to a flying start with Seb topping the opening Free Practice session before heading confidently into the sole qualifying session where he qualified 5th for the opening encounter.

Dropping back a little at the start, Seb regrouped to bag another rookie win with a fighting fourth position overall before the rain and a mini twister descended on the circuit meaning Saturday’s race two was postponed until 0930 on Sunday morning. 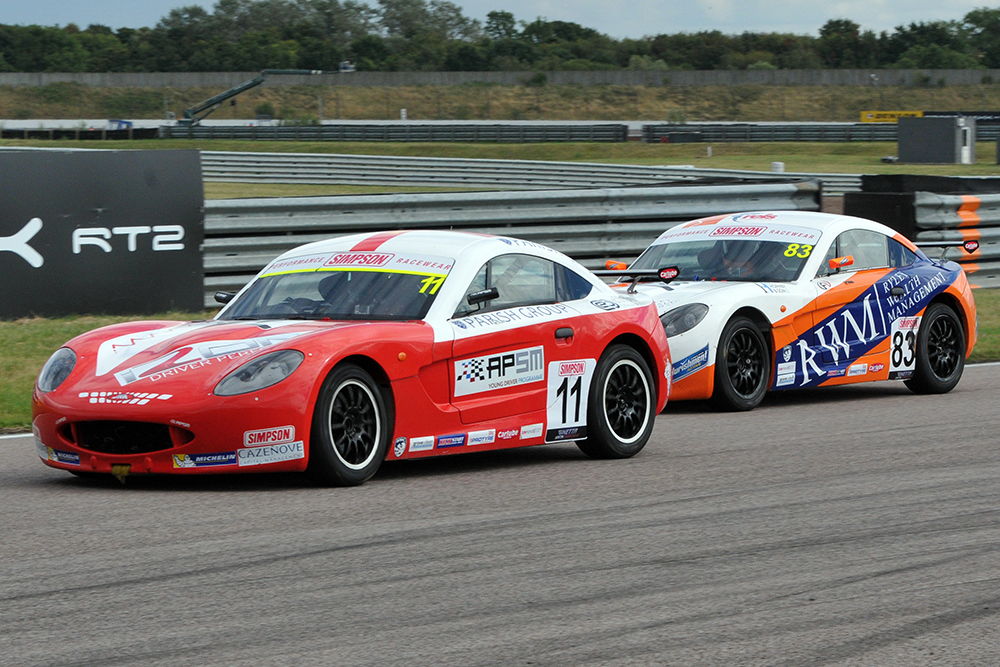 With conditions thankfully dry race two got under way in front of a packed Rockingham grandstand with Priaulx once again challenging for top honours in the early laps before a tag from a rival upset the balance of his #11 Ginetta causing a spin at the hairpin and a sixteenth position finish at the flag.

Race three was all or nothing and Seb gave it everything passing five cars in the opening lap and a further three on lap two to put himself in contention in the ITV4 televised encounter. 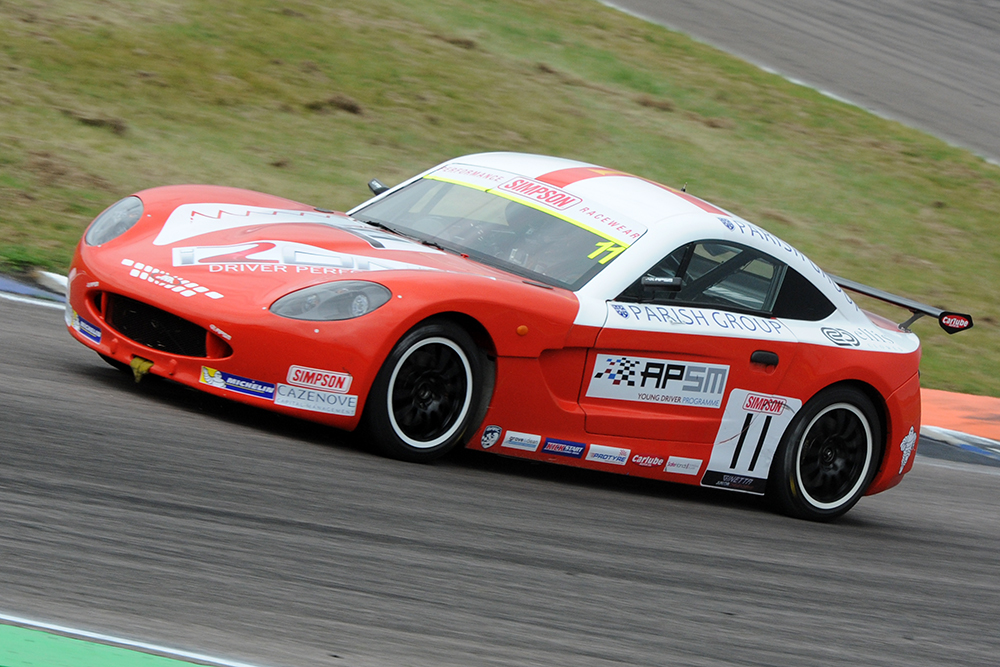 Some perfectly timed overtakes soon saw Seb at the back of a six car fight for the podium and at the end of the eight lap final race the Parish Group backed driver was awarded with third in the ‘rookie’ classification and a superb seventh overall to consolidate his championship position ahead of the final two rounds of the season. 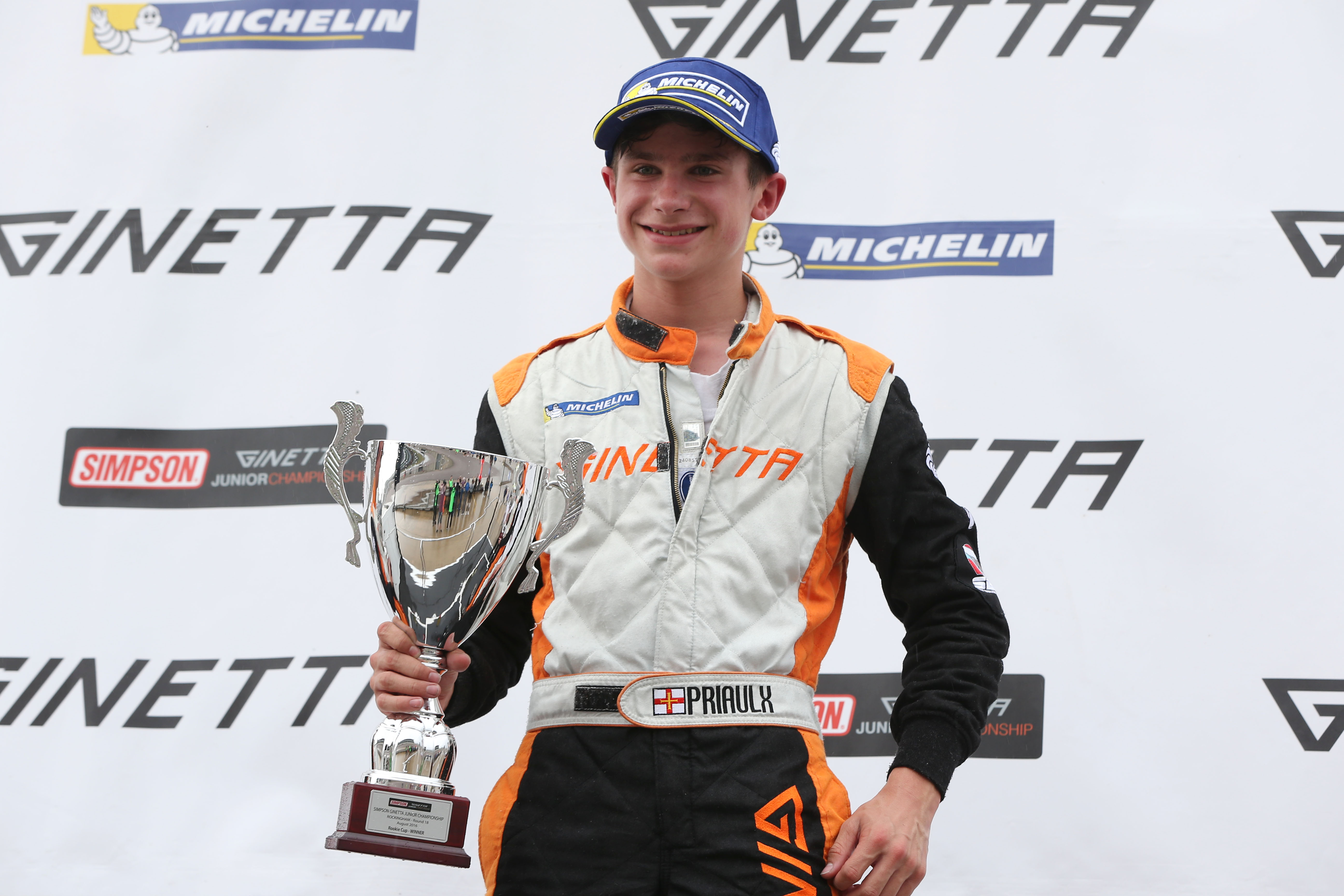 Seb Priaulx – 4th, 16th, 7th: “Race one was good. I dropped back a bit at the start but kept my head and had a good fight just missing out on the overall podium. Another rookie win was important and I was looking forward to the next two races. Race two got delayed after a storm and I made a good start but got hit on lap one which affected the balance of the car and two laps later I spun. Starting fifteenth on the grid made it tough but I had nothing to lose in race three so just dug deep and attacked. I got up to eighth quite quickly and kept pushing but could only manage seventh before the flag. I was third and on the podium again in the rookie category and I showed that I can pass people which was important for me today. Thanks to all my supporters who were at Rockingham, see you at Silverstone in a couple of weeks.”