A rare technical problem for CF Motorsport saw Taz Taylor fail to finish a Superstock 600cc race for the first time in 2016. 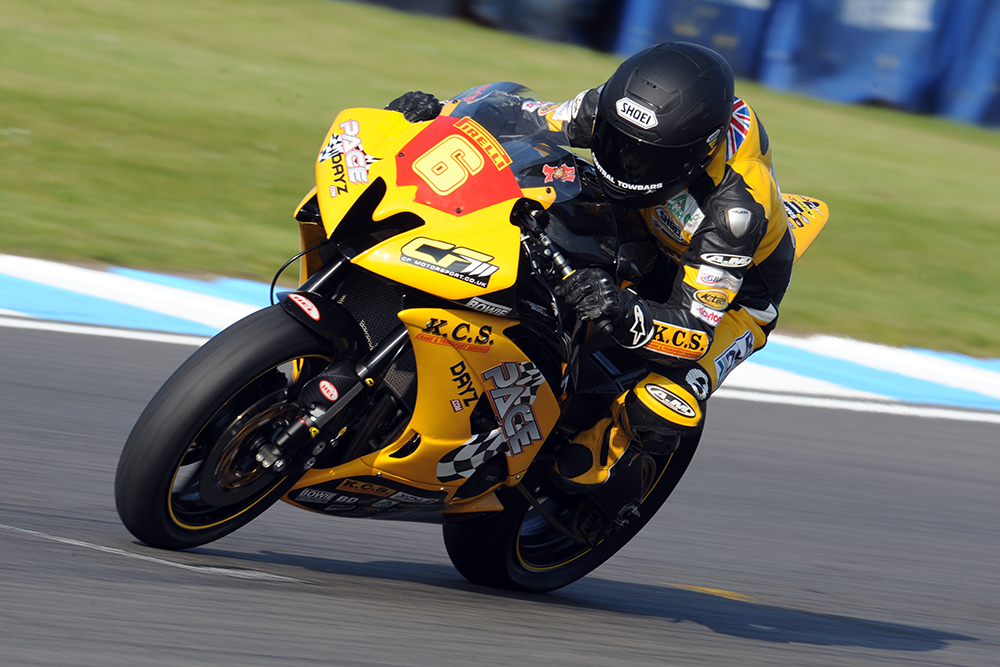 Taylor started the weekend well running inside the top ten during Free Practice at round four of the National Superstock 600cc series at Donington Park, a support race to the Superbike World Championship.

Qualifying saw Taylor suffer a brake issue resulting in a lowly 21st grid slot but determined to make amends in the race. 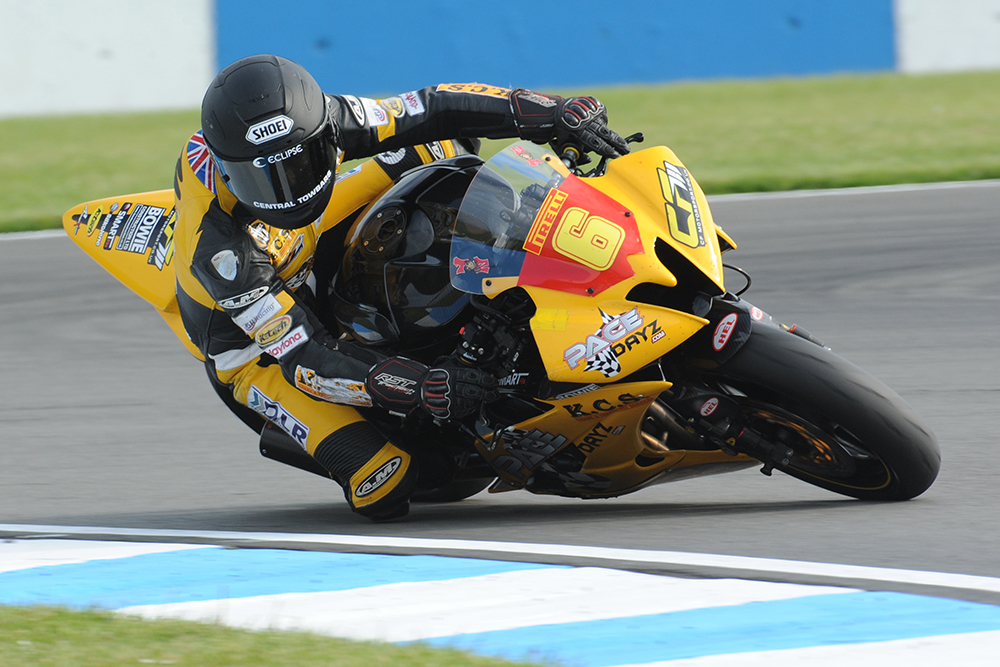 A good start to the race on Sunday saw Taz making up 11 positions before the problem suffered on Saturday came back causing the #6 rider from Mansfield to run off track and retire from the race. 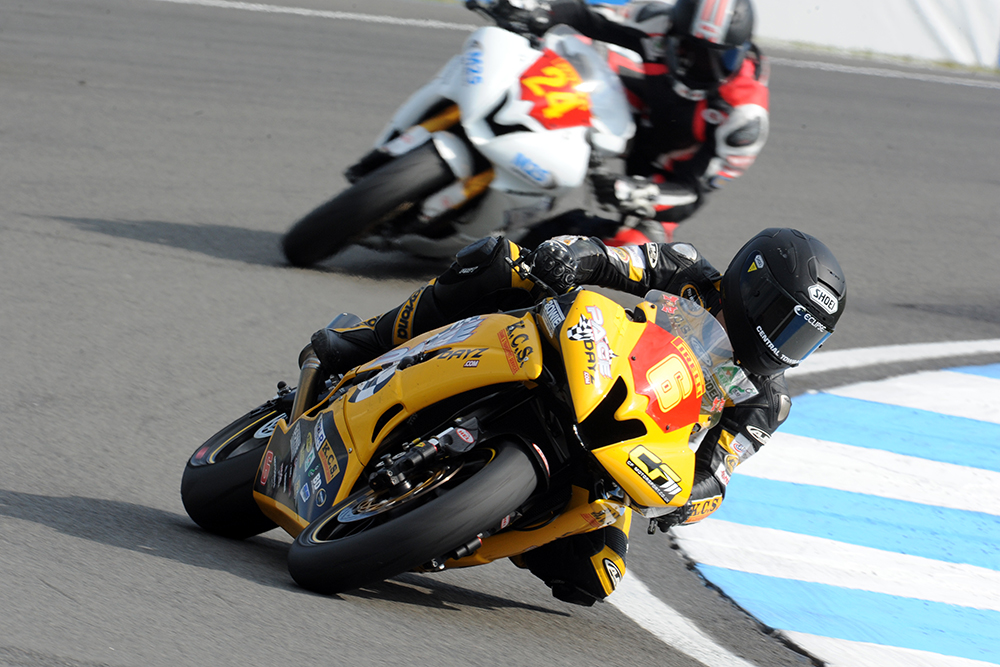 Despite the non-finish Taylor and the CF Motorsport squad remain inside the top ten in the overall standings (9th) and are looking forward to another front running performance at Knockhill (round 5) in a few weeks.

The weekend wasn’t a complete disaster though with Taz and his British Supersport team mate Ben Currie making several appearances on the main stage within the fanzone which gave the team a bit of exposure and the opportunity to experience the media activities that World Championship competitors are required to attend. 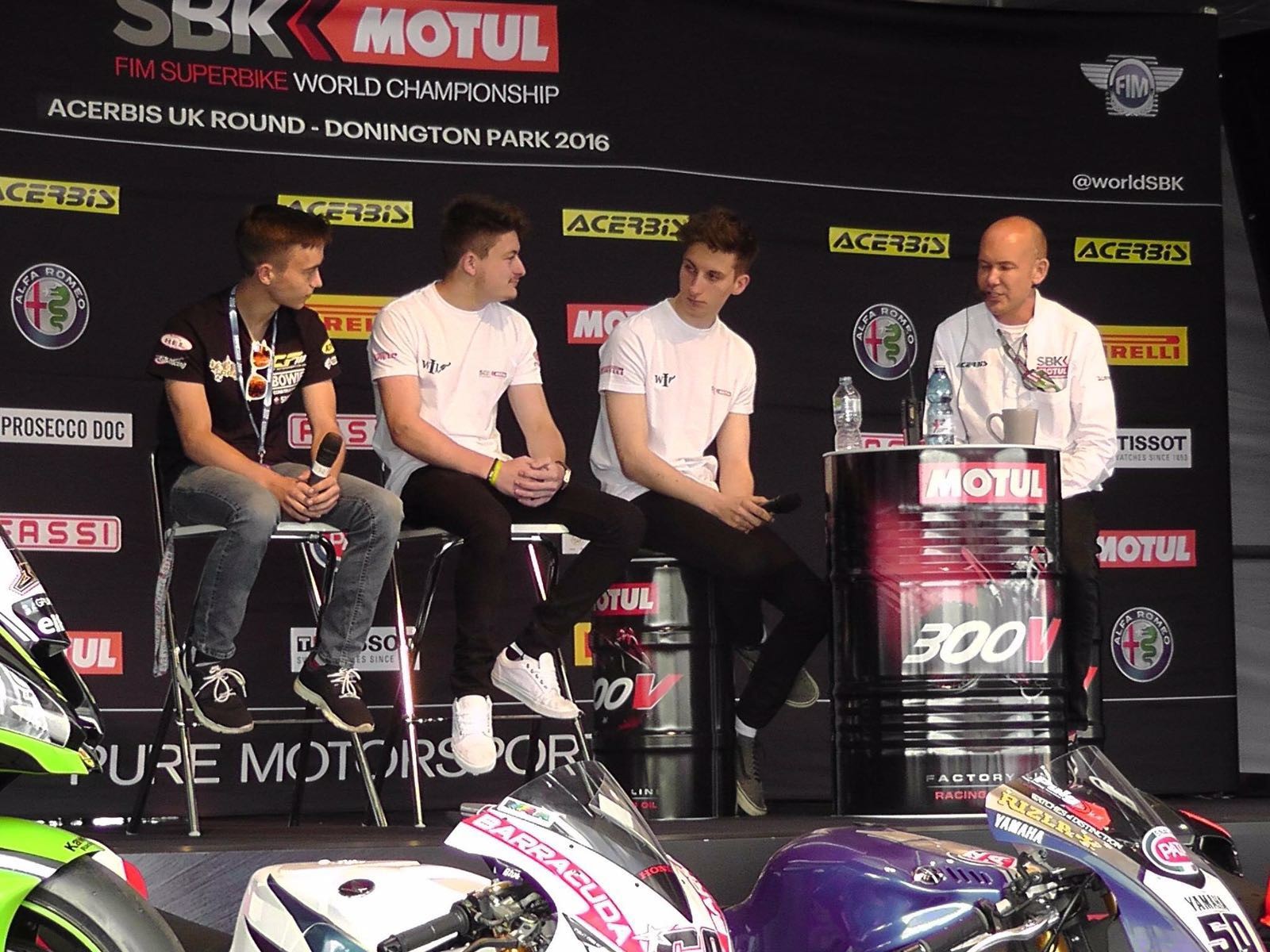 Taz Taylor – 9th overall in the STK600 championship standings: “It was a strange weekend with all of the waiting around until the World Championship classes had run but I was invited onto the main stage in the paddock show which was a new experience that I really enjoyed once the nerves calmed down. Qualifying was a disaster, nowhere near where I wanted to be but the CF Motorsport team did a great job in turning things around and I felt more comfortable then I have all year in the race. I had made up 11 places and closing in on the top ten when the brake problem came back and I ran off track. It’s disappointing but that’s racing and we will come back fighting in Scotland in a couple of weeks!”